Researchers have successfully restored some movement to the fingers, hand, and wrist of a quadriplegic patient by using recorded signals from his motor cortex, allowing him to perform daily living activities such as pouring from a bottle and stirring the contents. Systems that work by translating neural activity into signals for robotic devices, such as robot arms, have been previously developed for human patients, however until now they were not able to restore movement in real-time in human patients.

Researchers implanted a microelectrode array in the motor cortex of a 24-year-old male participant with quadriplegia, paralysis of the arms and legs.

The researchers note much more work needs to be done before these devices are widely applicable. 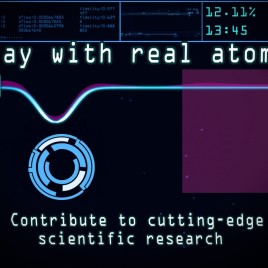 [caption id="attachment_4766" align="aligncenter" width="467"] The in-game view of Quantum Moves with an optical tweezer (the vertical blue line), and a single trapped atom denoted by the purple liqui...

New research on the Zika virus

[caption id="attachment_4768" align="aligncenter" width="400"] A map of Brazil showing cities with notified cases of microcephaly in Brazil up to Feb. 13, 2016. It's adapted from Brazilian Ministry of...