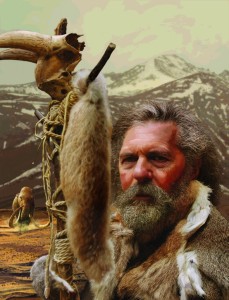 An artist’s impression of one of the Ice Age modern humans analyzed in this study. (Image credit: Stefano Ricci)

Migration has been playing a role in European population dynamics since before the last Ice Age, according to what researchers believe is the most comprehensive genetic analysis of Upper Paleolithic Europeans to date. The team found that all the individuals between ~37,000 and ~14,000 years ago descended from a single founding population, which forms part of the ancestry of present-day Europeans. However, a branch of the population was displaced across a broad region, and reappeared in southwest Europe at the height of the last Ice Age, about 19,000 years ago. Over this time, the researchers found neanderthal DNA decreased from between three and six per cent to the less than two per cent seen in modern humans. Additionally, the researchers found genetic components related to present-day Near Easterners, which became widespread in Europe approximately 14,000 years ago.

Original paper published on May 2, 2016 in Nature. 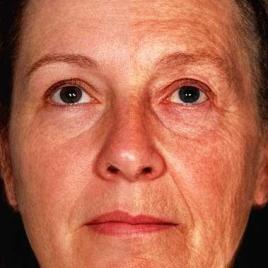 Could those genes be making you look old?

[caption id="attachment_4828" align="aligncenter" width="379"] The impact of aging on human facial appearance as illustrated by the average face of 12 women aged 47 years (right facial side) and 12 wo...

Applying a “second skin” for a more youthful appearance

[caption id="attachment_4902" align="aligncenter" width="693"] This image is an illustrative example of a 2-grade improvement, which was consistently observed following repeated split-face application...