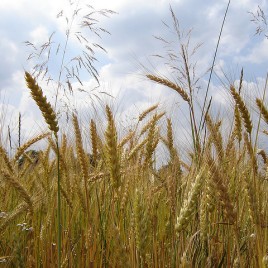 Oldest evidence for domestication of three types of cereal – barley, spelt and farrow – was recently found at an archaeological site in Syria. Researhers say Neolithic Syrians were the first to gather wild cereals and attempt to domesticate them. They collected wild cereal grains, sowed them in autumn and harvested grain crops in late […]