The Canadian Task Force on Preventive Health Care recommends against using a screening test to identify developmental delay in young children who show no apparent signs of delayed development. The recommendation applies to children aged one to four years old who have no visible signs, or whose parents have no concerns, of delay.

Developmental delay is characterized by a delay in age-appropriate functioning, such as motor-skills, language and speaking skills, social skills, and general cognitive abilities.

It was hoped that these tests would identify developmental delays earlier, so that young children could be treated earlier, however the authors found no evidence these tools improved health outcomes for children. They found the available screening tools can lead to a high number of false-positives, causing parental anxiety and occupying necessary resources and experts.

The Task Force instead believes the assessments typically conducted by family doctors and clinicians are the most effective way to identify developmental delay.

Original research paper published in the CMAJ on March 29, 2015. 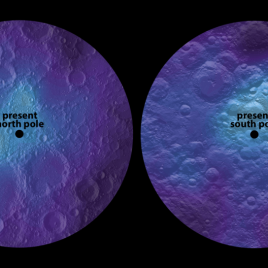 A new spin on the Moon

Recovery is possible for global fisheries

The world’s declining fisheries could recover in less than a decade if management reforms are implemented in time, according to researchers. Researchers looked at 4,500 fisheries in the world, r...