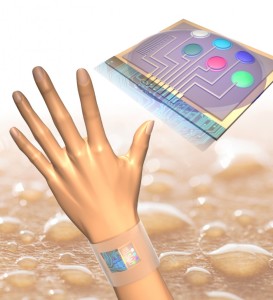 The perspiration analysis system is able to be attached to various body parts, including the head and arms, while simultaneously measuring and analysing skin temperature, the metabolites and electrolytes in human sweat. (Image credit: Der-Hsien Lien and Hiroki Ota)

Wearable sensors which measure levels of molecules in a patient’s sweat are now able to provide real-time information on an individual’s physiology and health.

Sweat contains much information in the form of metabolites such as glucose, and electrolytes such as sodium, which could be used to help diagnose diseases or identify drug use.

The developers of the technology believe that besides monitoring a person’s health, the platform could be useful in clinical studies by identifying biomarkers in sweat. 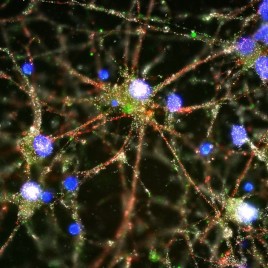 Contrary to their reputation, octopuses are indeed a social bunch. That’s what researchers realized after watching over 52 hours of film of the shallow-water Octopus tetricus in Jervis Bay, Aust...