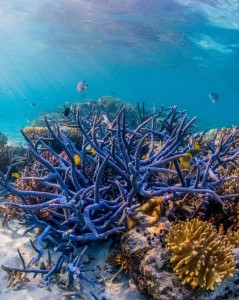 Researchers studied 450 species of fish, which represent important components of marine biodiversity, and hundreds of species of coral, and calculated how much of their geographic range is covered by the MPAs.

Marine protected areas were designed to conserve species diversity rather than evolutionary diversity, however the authors argue the latter is a crucial component of biodiversity.

Cloudy night skies are enhancing the ice sheet melt in Greenland by more than 30 per cent each year, according to a new study. Researchers believe this shows the need for including accurate cloud ...

Clean energy costs could price out the poorest

Reaching strict climate goals could mean that a sizeable number of people will remain dependent on traditional stoves, despite the negative health impacts. Researchers examined the relations...