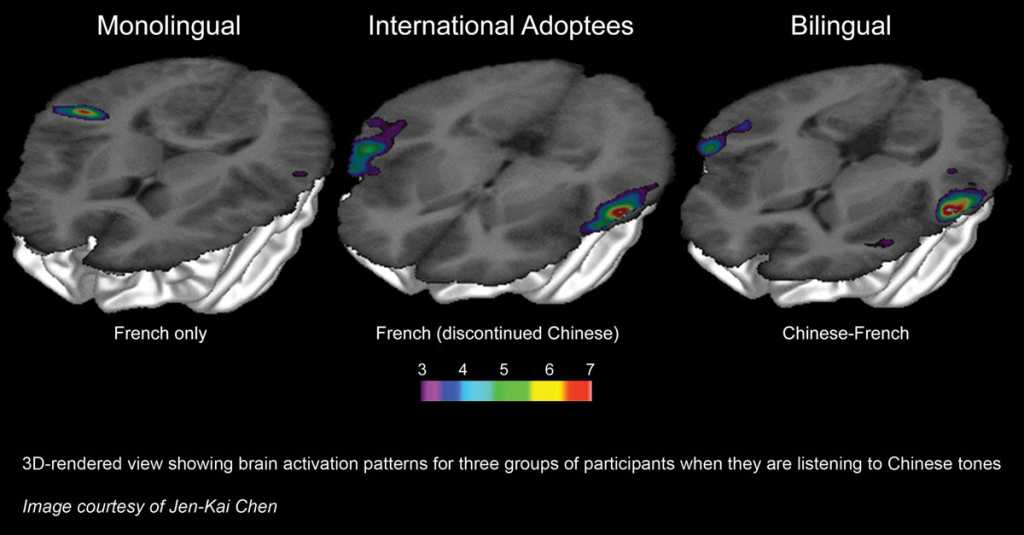 A new study shows that our brains light up when we hear a language we once knew, even if we no longer understand it.

The study used functional magnetic resonance imaging (fMRI) to study the brains of three groups of children: those who spoke only French, those who were bilingual in French and Chinese, and those who heard Chinese before the age of three but now hear and speak exclusively French. When listening to tonal sounds associated with Chinese (but not French) a part of the brain called the left superior temporal gyrus lit up in the latter two groups, but not in the first group.

These findings suggest that memories of our first language have a special status and are not overwritten by later memories. 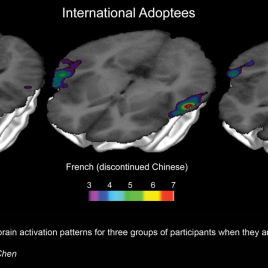