How the Emperor stays warm: Secrets of the emperor penguin

Researchers have discovered how the emperor penguin withstands the cold temperatures of Antarctica. The secret is  in their down, and a specific type of feather called the plumule. The plumule, one of four types of feathers on a penguin, has previously been overlooked as an important part of the insulation.

Studying three emperor penguins, researchers found these feathers form a dense mat beneath the feathers responsible for waterproofing. They also found plumules were four times denser than the other body feathers.

Original research paper published in Proceedings of the Royal Society B: Biological Sciences on October 20, 2015.

The perfect temperature for productivity

Rising temperatures from climate change will slow economic productivity, and if left unchecked will lower the average global wage by 25 per cent by 2100, according to a new study. Economic pro... 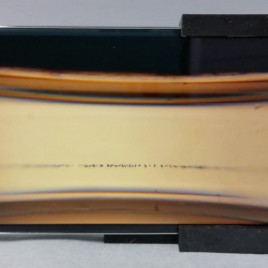 [caption id="attachment_4378" align="aligncenter" width="430"] The specially designed and built lens uses a magnetic levitation based platform and a custom application to perform field testing for Sic...