How much fossil fuel can we exploit?

Canada would need to leave 75 per cent of its oil in the ground as part of a global effort to cap global warming at two degrees Celsius above pre-industrial levels, a new study shows. The authors also conclude that the exploitation of resources in the Arctic should be ruled out.

Using computer models, the authors found that a third of oil reserves, half of gas reserves, and over 80 per cent of current coal reserves in the world should remain unused over the next 40 years in order to meet that target.

How does the media report on vitamin D?

News articles linked vitamin D to a wide range of health benefits for which there was no conclusive scientific evidence, while downplaying limitations and overlooking risks of supplementation, acc... 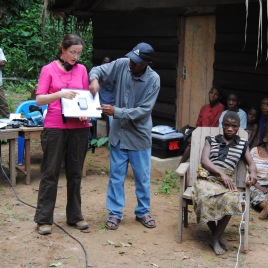 [caption id="attachment_3727" align="aligncenter" width="300"] Canada’s research chair in ethnomusicology, Nathalie Fernando ,explains a listening exercise through an interpreter, to members of a Co...