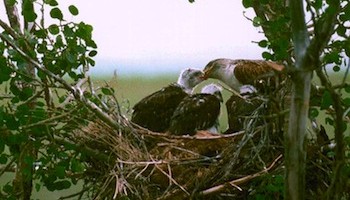 Hawks and owls have trouble as single dads 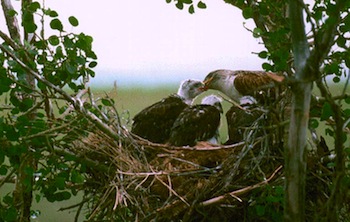 Female hawks and owls tear prey and offer bite-sized portions for their chicks. A new study suggests that when females are removed or killed, the males can’t easily take over this behaviour; thus chicks can starve while surrounded by heaps of food. (Photo credit: Janet Foster)

Some male hawks and owls have trouble adapting their behaviour in order to raise chicks on their own, a new study finds.

In breeding pairs, the male is the primary provider of prey for their young while females tear the prey into right-sized chunks and also brood the chicks. (i.e. use their bodies to shield them from the elements.) If the female is killed, the male continues to bring food, but his inability to feed or brood the chicks often means they become weak and/or die, despite being surrounded by food so abundant that it decays in the next.

The researchers document nearly a dozen such cases going back several decades and suggest factors that would influence the nestlings’ chances of survival. 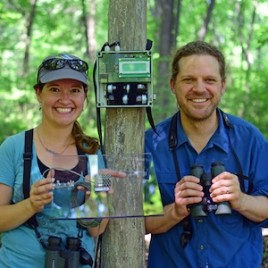 [caption id="attachment_2220" align="aligncenter" width="400"] Claire Sanders and Daniel Mennill pose next to one of the plexiglass microphones used to track the noises made by birds migrating at nigh... 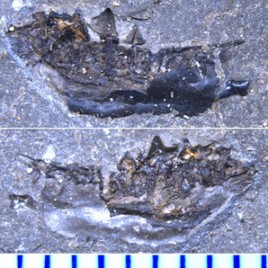 Ancient hedgehogs and tiny tapirs in BC

[caption id="attachment_2216" align="aligncenter" width="300"] Teeth (above and middle) and side view of lower jaw (below) of Heptodon, an ancient cousin to tapirs, found in early Eocene (52 million-y...