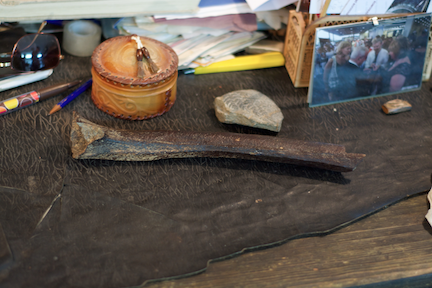 The femur of a 45,000 year-old male found near the settement of Ust’-Ishim in Sibera. (Credit: Bence Viola, MPI EVA)

Researchers have found that the genome of a 45,000-year-old human from Siberia is quite similar to the genome of modern Native Americans and East Asians and carries similar amount of Neanderthal ancestry.

The remains of the Siberian male are believed by the authors to represent the oldest directly radiocarbon-dated modern human outside Africa and the Middle East.

The researchers conclude that the interbreeding between modern humans and Neanderthals occurred between 50,000 and 60,000 years ago, a more precise range than previous estimates (between 37,000 and 86,000 years ago).

Pushing the limits of chemistry with iridium 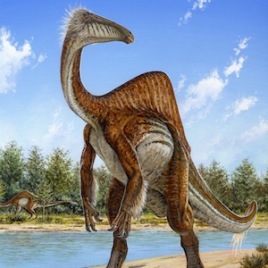 Largest ‘ostrich-like’ dinosaur may have been an omnivore

[caption id="attachment_3315" align="aligncenter" width="300"] Artist’s impression of Deinocheirus mirificus, the largest of the ornithomimid dinosaurs. New fossils of this species shed light on how...