It takes ten years for an emission of carbon dioxide (CO2) to have its maximum warming effects on the Earth, a new study shows. It was previously thought that the warming effects from a CO2 emission would not be felt for several decades.

The authors conclude that benefit from avoided CO2 emissions, and thus avoided droughts, heatwaves and flooding, will be manifested within the lifetimes of people who acted to avoid that emission.

Hospital deaths continue to decrease across Canada, new data shows. Nearly 60 per cent (47 out of 83) of hospitals in Canada achieved a decrease in hospital deaths over the last five years. Hospi... 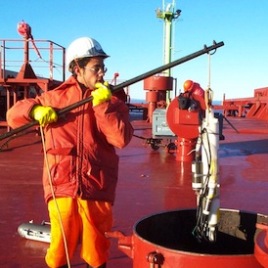 How risky is ballast water?

[caption id="attachment_3629" align="aligncenter" width="350"] By monitoring the temperature, salinity and communities of organisms present in ballast water, researchers are learning about the factors...