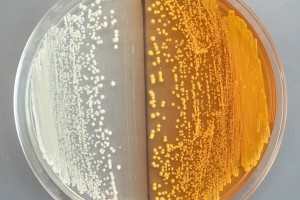 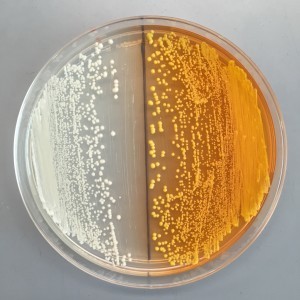 Yeast cells producing the yellow beet pigment betaxanthin, which researchers used to quickly identify key enzymes in the production of the metabolites in the poppy plant that could lead to morphine, antibiotics and other pharmaceutical agents. (Photo Credit: William DeLoache at UC Berkeley)

Researchers have taken the final steps to turn sugar-fed yeast, already used by homemade beer brewers to convert sugar into alcohol, into a microbial factory for producing morphine and other drugs.

The authors demonstrate how they synthesized a compound of the poppy plant from sugar using a bio-engineered strain of yeast. This research could be used to produce low-cost therapeutically useful drugs.

However, in a related ‘News & Views’ comment article, public health and political scientists argue that this development could dramatically increase illicit access to opiates. Morphine could easily be made by growing yeast in a home-brew kit for beer making.

Original research paper published in Nature Chemical Biology on May 18, 2015.

A study of mice has lead scientists to believe they are closer to understanding what triggers the brain to reduce sound amplification in response to a loud environment. Researchers report that ... 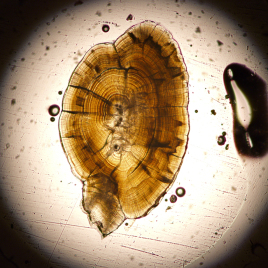 Life history of Pacific Salmon revealed through the ears