Take two parasites and call me in the morning

Two recent papers published by members of the Canadian Institute for Advanced Research (CIFAR) have questioned our traditional perception of intestinal parasites.

The first, published July 14, 2014 in Trends in Parasitology is a systematic review of cases where humans have deliberately ingested parasites for research and suggests that certain parasites could have beneficial effects on conditions like Crohn’s disease. The lead author himself ingested a large species of tapeworm and says he feels “fine.”

The second paper, published June 19, 2014 in Frontiers in Microbiology looks at non-bacterial microbes in the human gut. Among other things, it finds that people with moderns, westernized lifestyles show less diversity in these microorganisms than people who live traditional, agrarian lifestyles.

The two authors are beginning a collaboration to investigate the use of controlled parasite infections as treatment for inflammatory bowel disorders. 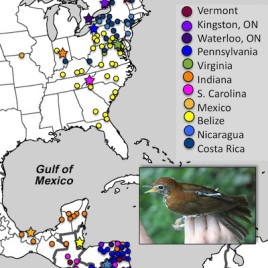 [caption id="attachment_2549" align="aligncenter" width="400"] Researchers using backpacks to track wood thrushes during migration found that the species which travel furthest north in summer are the ... 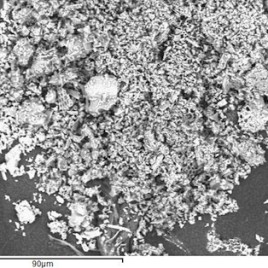 [caption id="attachment_2550" align="aligncenter" width="300"] Fragments recovered from an experiment in which frozen fossilized diatoms (aquatic microorganisms) were fired from a gun into a bag of wa...