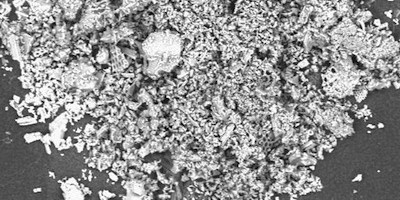 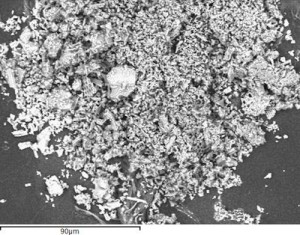 Fragments recovered from an experiment in which frozen fossilized diatoms (aquatic microorganisms) were fired from a gun into a bag of water. The research suggests that fossils could survive be transferred to other planets via cosmic impacts. (Photo credit: University of Kent.)

An experiment has shown that microscopic fossils can survive being fired from a gun and impacting at pressures up to 19 gigapascals (GPa).

The fossils recovered by the researchers were smaller as projectile speed increased, however intact fossils were recovered from all trials. Researchers made the discovery by using fossilized diatoms – aquatic microorganisms with silica-based shells – frozen into ice and firing them from a gas gun into a plastic bag full of water.

The results support the possibility that fossilized material ejected from Earth via cosmic impacts could successfully be transferred to the Moon or other parts of the solar system.

Original research paper published in the journal Proceedings of the Royal Society A: Mathematical and Physical Sciences on July 28, 2014.

Take two parasites and call me in the morning

Two recent papers published by members of the Canadian Institute for Advanced Research (CIFAR) have questioned our traditional perception of intestinal parasites. The first, published July 14... 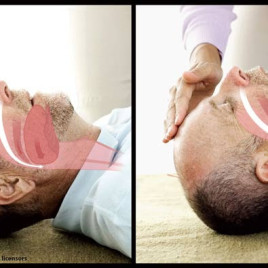 CPR guidelines could be improved

[caption id="attachment_2547" align="aligncenter" width="300"] The CPR guidelines should include the head-tilt–chin-lift technique in addition to the recommended chest compression, argues a commenta...