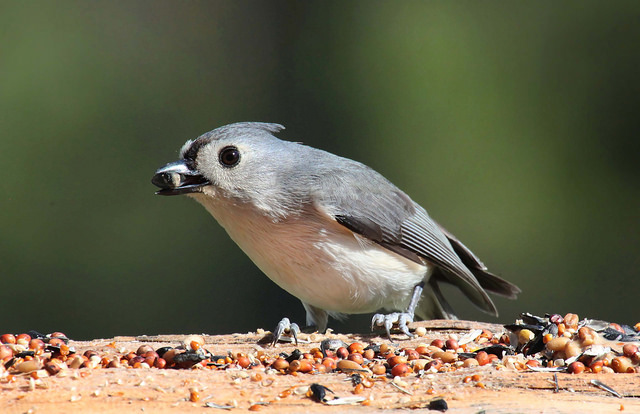 Tufted titmouse, such as the ones analyzed in this study. (Image by John Flannery via Flickr CC2.0)

Communication between birds is disrupted near major roadways, where the noise levels are unnaturally high. According to new research from University of Florida Institute of Food and Agricultural Sciences, this avian communication breakdown may help explain the pattern of reduced biodiversity near highways. Authors of the new study were curious about how building homes in an urban environment affected the life of various bird species, such as northern cardinals and tufted titmice. Researchers played Titmouse alarm calls to Cardinals in natural areas near and far from highways. In quieter areas, Cardinals were seen engaging in anti-predator behaviours in response to the alarm calls. However, closer to the highways, the birds failed to respond to the alarm calls. These communication networks are vital to the northern cardinals, which may explain their reduced numbers near busy highways. 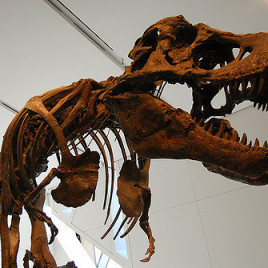 Dinosaur population doomed millions of years before the asteroid

[caption id="attachment_4804" align="aligncenter" width="500"] Image by Mike Shaver via Flickr CC2.0[/caption] The dinosaurs were on their way out before the asteroid hit, researchers say. It seems... 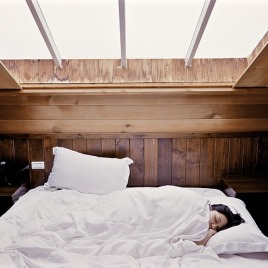 [caption id="attachment_4807" align="aligncenter" width="640"] Image via Pixabay under CC0[/caption] When sleeping in an unfamiliar environment, half of your brain doesn’t really sleep. Instead, ...