Testing the DNA of the Ebola virus on-site in the field in less than a day is now possible thanks to a new system developed by researchers. Real-time genomic surveillance will provide information on the virus and its rate of evolution – as well as characterizing its response to treatments and vaccines. The kit weighs […] 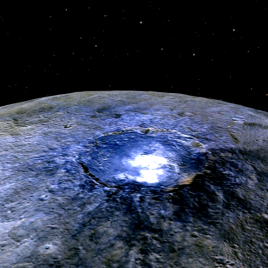 Bright spots on Ceres suggest water on the dwarf planet

Bright spots on the surface of Ceres suggest there is water activity in the main asteroid belt, and that asteroids may be more active than previously thought. Researchers analyzed data obtained from the Dawn spacecraft to make detailed observations of Ceres surface.  The researchers detected 130 bright spots, which they believe contain haze, showing the involvement […]

Finding the function of over 150 mouse genes

The largest analysis of mouse genes to date has identified the function of 159 genes whose purpose was previously unknown. The researchers developed new statistical methods to analyse the 413 measurements and 320 genes from each mouse. The new data set is available to the scientific community as a reference resource, and provides a strategy […]

The Cost of Smoking: A Manitoba Study

Cigarette smoking costs Manitoba’s public healthcare system an extra $244 million a year, according to a new study from the Manitoba Centre for Health Policy. The report also shows that the percentage of Manitobans who smoke is steadily dropping. In 1989, 22% of Manitobans smoked daily and 65% were casual or former smokers. By 2011, these […]

Changes in genetics and language follow similar patterns as human population disperse, however language is able to spontaneously change in isolated populations. Both genetics and language change over time as small mutations in genes or phonemes, like the ‘k’ sound in ‘cat’ or ‘skill’, accumulate or are lost. Additionally both language and genetics change by […]

Scientists have found the gene mutations responsible for a rare disease which impairs the function of the liver and muscles in about 1 in 2500 Inuits in northern Quebec. Called glycogen storage disease type IIIa, this sickness causes a buildup of glycogen, a complex sugar, in the body. This in turn produces low blood sugar […] 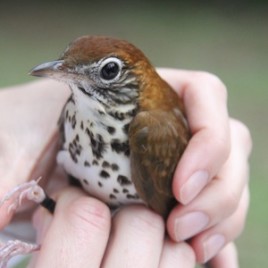 A slower migration from overwintering grounds in Belize and Costa Rica to breeding grounds in Canada may help young wood thrushes avoid competition with adults, a new study shows. Using data from geolocators – a kind of bird backpack that records location information – researchers showed that juvenile birds leave almost 2 weeks behind the […] 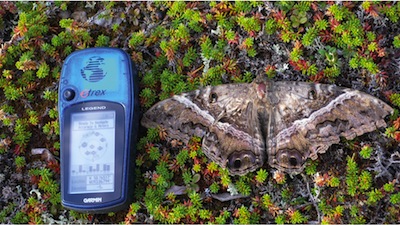 In Mexican folklore, the moth known as the Black Witch (Ascalapha odorata) is a bad omen, a harbinger of death. The species is normally found in tropical regions, but does occasionally come to southern Canada during the summer. A new paper documents a sighting of this species in Churchill, Manitoba, the furthest north it has ever […]

About 12 per cent of Canadians wake up each morning unsure of whether or not they are going to be able to get enough to eat that day. Many of these individuals live in the North; for example, 72 per cent of Nunavut Inuit households experience moderate or severe food insecurity. The problem is reaching […]

Why do prairie dogs do ‘the wave’?

When one prairie dog in a colony does a “jump-yip” display, the rest respond contagiously, like sports fans doing ‘the wave.’ However the purpose of this behaviour has been debated. New research shows that prairie dogs that start the wave adjust their behaviour based on how many responses they get and how delayed those responses […]