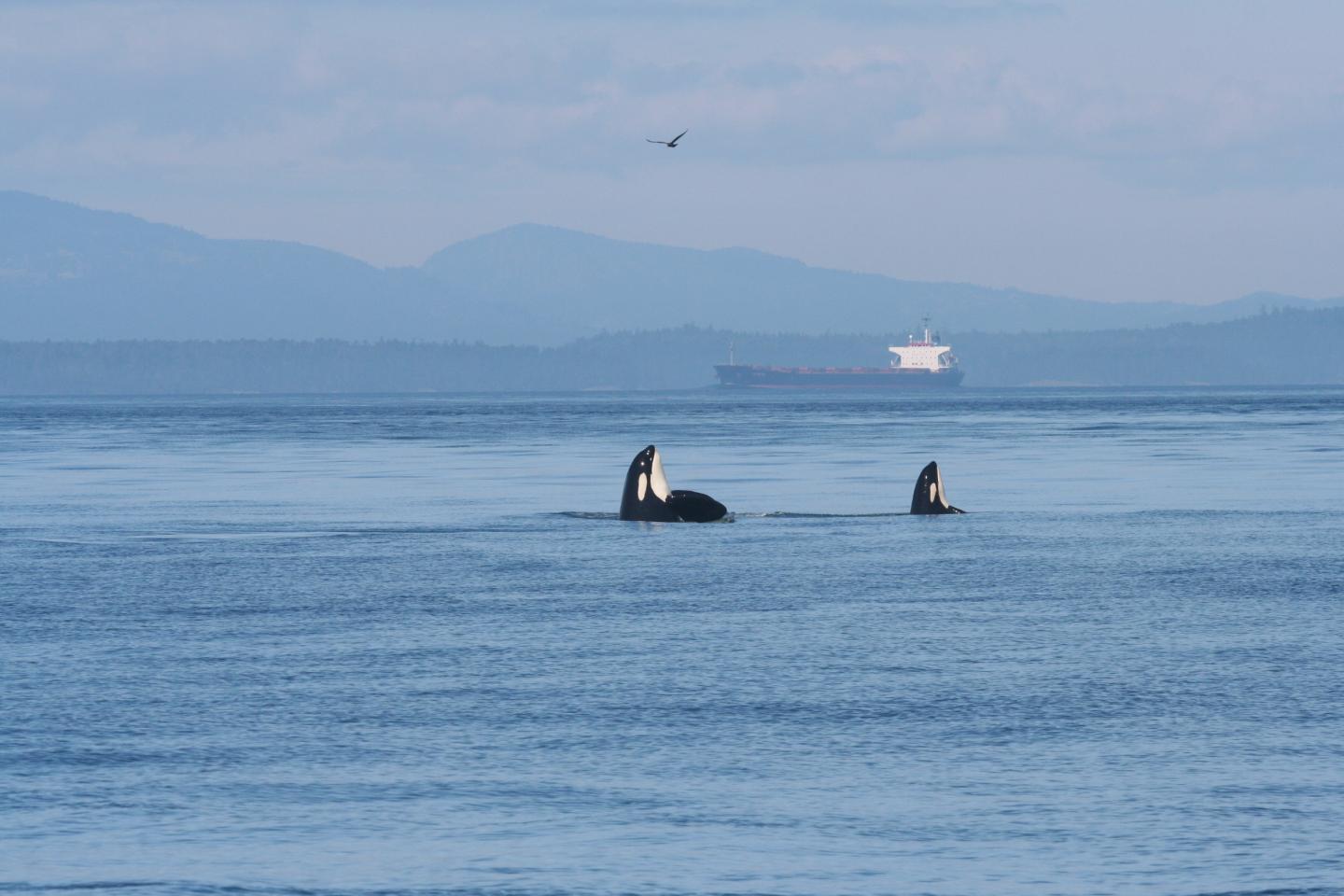 Two endangered Southern Resident killer whales rise in unison from the Salish Sea as a tanker passes through their habitat. (Image credit: beamreach.org)

The researchers found container ships created the highest levels of background noise at frequencies below 20,000 Hz, and military vessels typically had some of the lowest levels. However all ships created noise above 20,000 Hz, the range at which killer whales hear best, creating the potential to interfere with both communication and echolocation, used for navigation and hunting.

Being a morning-person or a night-owl may depend on your genes according to a study of nearly 90, 000 individuals. Participants were asked whether they preferred waking-up and going to bed ear...

Environmental researchers can increase their influence on policy by increasing their outreach, according to researchers. Consulting with greater numbers of stakeholders during the research process...