Inuit will now be able to be quickly diagnosed with a blood test for a genetic disorder that prevents the absorption of sucrose, causing severe diarrhea.

Researchers have identified the genetic mutation responsible for the disorder, called congenital sucrose–isomaltase deficiency (CSID), which affects up to one Inuit out of ten. They have isolated DNA from the blood of a child from Baffin Island in Nunavut, who developed severe chronic diarrhea while taking sucrose-containing infant formula.

Researchers have determined which genetic variations influence the iron and zinc concentrations in chickpea seeds, a finding that could help fight malnutrition in developing countries. The study e... 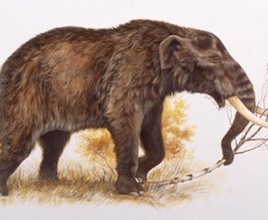 Resolving a mastodon mystery in the Yukon

[caption id="attachment_3617" align="aligncenter" width="400"] A re-examination of mastodon fossils from Alaska and the Yukon suggests that the beasts died out in the area around much longer ago than ...