Public health and the Missing and Murdered Indigenous Women Inquiry

An editorial is calling for public health to play a larger role in the Missing and Murdered Indigenous women inquiry (MMIW).

Dr. Kirsten Patrick, a deputy editor at the Canadian Medical Association Journal believes many factors underlying the interpersonal violence plaguing Aboriginal women and girls are linked to mental health issues, substance abuse, and other public health issues. She writes “addressing interpersonal violence is not merely an issue of justice; it is also a public health concern.” She believes there is a common cause underlying “both endemic interpersonal violence and health disparities in Canada’s indigenous populations. There is no conversation to be had about one without a conversation about the other … because the root causes are the same”

Original research paper published by the CMAJ on February 29, 2015.

The productivity of grasslands in North America will increase in future climate scenarios, despite higher temperatures and increased drought, say researchers. They developed this forecast using a ... 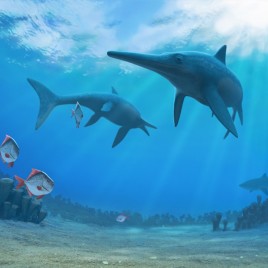 Solving the Disappearance of the Ichthyosaur