Very early language experience will influence how a child’s brain processes a new language later in life, according to a study in Nature.

Researchers examined three groups of children, all of whom were fluent in French. One group had no exposure to Mandarin, another was fluent in Mandarin, and the last third group had been exposed to Mandarin before the age of three, but did not speak the language.

Using fMRI imaging, the researchers found neural patterns were established from processing the first language, and persisted over time, influencing the processing of the second language.

Creating supervised injection facilities in Toronto and Ottawa would be a cost-effective way to prevent people from developing hepatitis C, according to an updated analysis.  The researchers b... 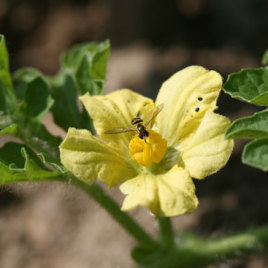 Don’t forget the other pollinators