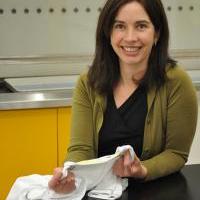 Is ‘antimicrobial clothing’ for real? 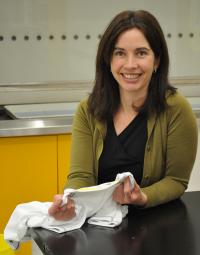 Plenty of clothing products purport to kill bacteria that cause disease or damage fabric, but a new study suggests that what works in the lab doesn’t always work in practice.

Researchers sealed fabric treated with one of three different antimicrobial agents against the skin of volunteers to see if they would reduce the amount of bacteria on skin compared to untreated fabrics. While two of the fabrics did reduce bacteria, the third – treated with a combination of silver chloride and titanium dioxide – showed no difference, despite the fact that it had been shown to reduce bacteria in the lab.

The finding builds upon a previous study about textiles designed to reduce odour – this too showed that textiles that successfully killed bacteria in the lab did not always do so in the field.

Original research paper published in the International Journal of Clothing Science and Technology in July, 2014.

Taking the pulse of stress

Researchers have discovered that, contrary to what you might think, a less variable heartbeat might be associated with a higher susceptibility to stress. The team recorded heart rate variabilit...

A rare genetic disorder can be traced to early settlers in Quebec and their European ancestors according to a new study. Researchers have identified 16 people from Eastern Quebec of French desc...