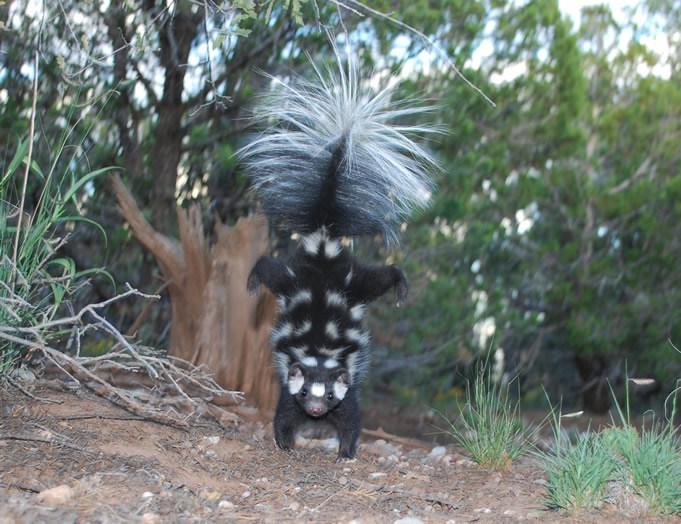 The evolution of Western spotted skunks—tiny, maze-patterned carnivores with a unique hand-stand spraying technique—was influenced by climate change, not geological barriers, new research suggests. Spotted skunks can be found throughout western United States and Mexico, living in a variety of climates. Studying the evolution of skunks may seem arbitrary, but in fact, these small carnivores provide an important evolutionary link between rodents and bigger carnivores, such as wolves. In the present study, researchers sequenced DNA samples from 97 skunks belonging to three different sub-species, or clades. Usually, clades develop based on geographical habitat differences. Instead, researcher found that spotted skunk clades vary genetically from one historic climate region to another, due to climate change during the Ice Age. These findings can help inform the tracking of future evolutionary changes associated with human-driven climate change.

Original paper published in Ecology and Evolution on May 3, 2017.

Awareness of your risk of heart problems isn't sufficient for action, a new study found. Researchers analyzed 45,443 responses from participants of the 2011-12 Canadian Community Health Survey. The su... 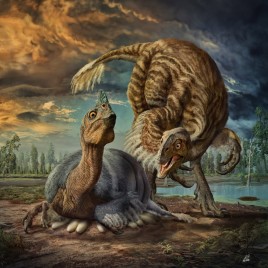 [caption id="attachment_5565" align="aligncenter" width="600"] Illustration of Beibeilong embryo and egg fossil, with reconstruction of skeleton and fleshed-out models to the right. (Image by Zhao Chu...