The HIV pandemic with us today may have begun its global spread from Kinshasa, the capital of the Democratic Republic of the Congo (DRC) around 1920, according to a new study. A team of researchers have reconstructed the genetic history of the HIV virus by analyzing gene sequences found in a major HIV database.

The authors explain that, between the 1920s and 1950s, a ‘perfect storm’ of factors, including urban growth, strong railway links during Belgian colonial rule, and the rise of sex trade, combined to see HIV emerge from Kinshasa and spread across the globe. 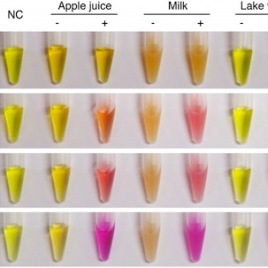 A litmus test for bacteria

[caption id="attachment_3158" align="aligncenter" width="400"] In these test samples, those labelled ‘+’ have E. coli bacteria present, while those labelled ‘-’ do not. A chemical agent couple...

Taking the pulse of stress

Researchers have discovered that, contrary to what you might think, a less variable heartbeat might be associated with a higher susceptibility to stress. The team recorded heart rate variabilit...