Using genome sequencing researchers have mapped how the Ebola virus spread in Western Africa during 2014 – 2015. They found Ebola entered the country several times during the early outbreak, however most of the infections were due to a single introduction of the virus, which spread rapidly.

Researchers performed the sequencing in Liberia to trace the introduction and spread of the virus.

Cheetahs’ genome give glimpse into their history, adaptation and survival

Genetic analysis has uncovered new details about the history, adaptation and survival of the world’s fastest land animal, the cheetah. The cheetah is descended from a relative of the American pu... 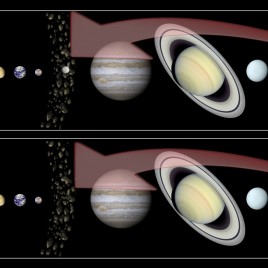 Is Ceres from the outer Solar System?

[caption id="attachment_4478" align="aligncenter" width="669"] An artist's impression of the two theories on how Ceres formed. In the first image, Ceres formed in the main belt and ammonia was incorpo...