The researchers used Ontario HIV surveillance reports to estimate the number of HIV cases prevented. The macro-level study did not attempt to determine the most effective community-based prevention method.

Original research paper published in the AIDS and Behaviour on July 9, 2015. 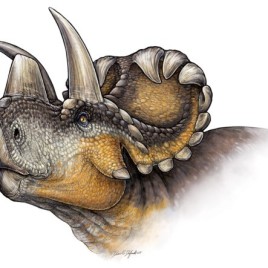 [caption id="attachment_4184" align="aligncenter" width="540"] The skull of the Wendiceratops pinhornensis is considered elaborate by the authors given that the species is an early example of horned d...

A new study of 13,000 residents of Toronto, suggests that living in a neighbourhood with more (and or larger) trees leads people to report feeling healthier. The research team used Toronto tree dens...