Are you a risk taker? Your brain structure might hold the answer

The older we get, the less likely we are to take risks – and this preference for familiar things may be caused by a change in our brain structures. A new study shows that risk aversion may be associated with an increase in grey matter in the right posterior parietal cortex. Researchers asked a group of people, ranging from 18 to 88-years-old, to make a decision in a task that involved gambling. As predicted, certain people were more likely to pick a safer option; but further analysis showed that it’s the grey matter in the parietal cortex, not age, that better predicted this outcome. 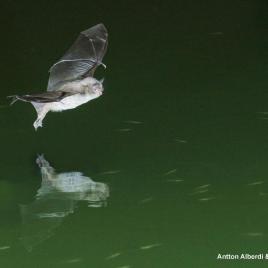 Some bats can diversify their diets with fish

Previous research has identified potential genes that help the Greenland Inuit generate heat from a specific type of body fat. A new study analyzed a large sample of genetic data to trace origins of t...