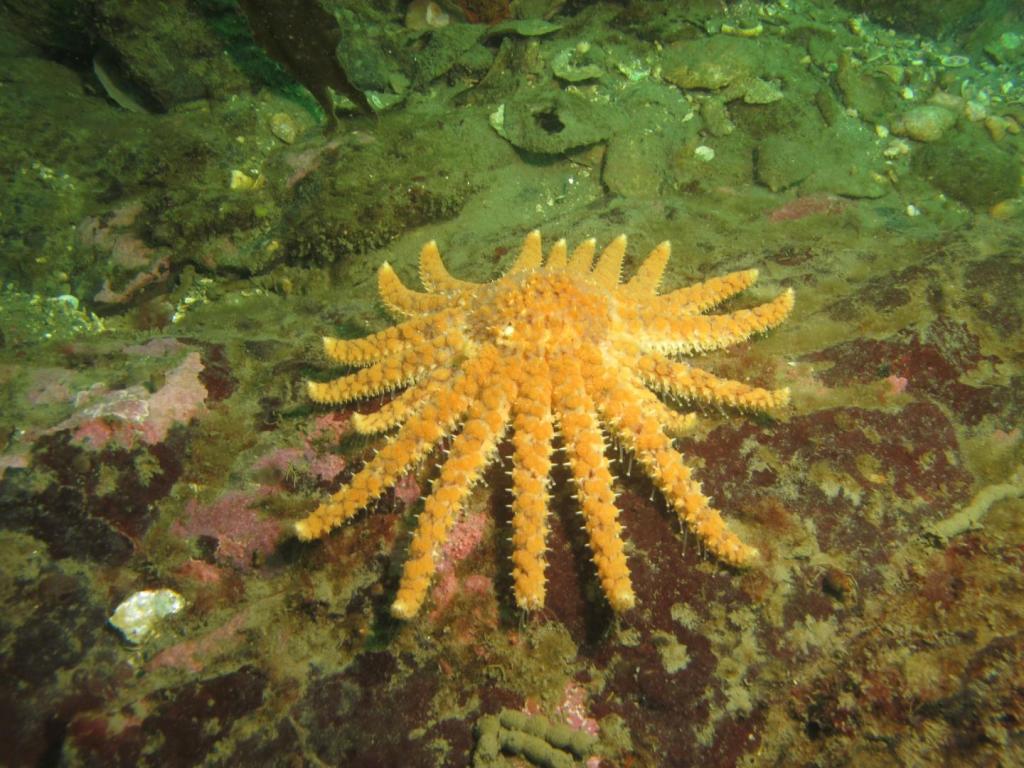 Sea star wasting disease has caused the disappearance of numerous sunflower sea stars from the Salish Sea off the coast of British Columbia and Washington state. The disease, which broke out in 2013, has caused population declines in several species of starfish. A new study out of University of California Davis warns of the severe consequences of sunflower sea star disappearance for the ecosystem of the Salish Sea. Montecino-Latorre and colleagues found a corresponding increase in sea urchin population as a result of the disappearance of their natural predators, which in turn affects the populations of habitat-forming kelp. Authors recommend list the sunflower star as a “species of concern” to avoid more drastic ecosystem changes down the line.

You know that unpleasant feeling of the rush-hour commute, when you barely have any breathing room? Turns out that for stem cells, such tight spaces are a catalyst for sophisticated organization. As a...

Much research has been done to determine the source of North American HIV/AIDS epidemic of the 1970s and 1980s. One of the most widely known studies supposedly identifies a single individual, 'Patient...