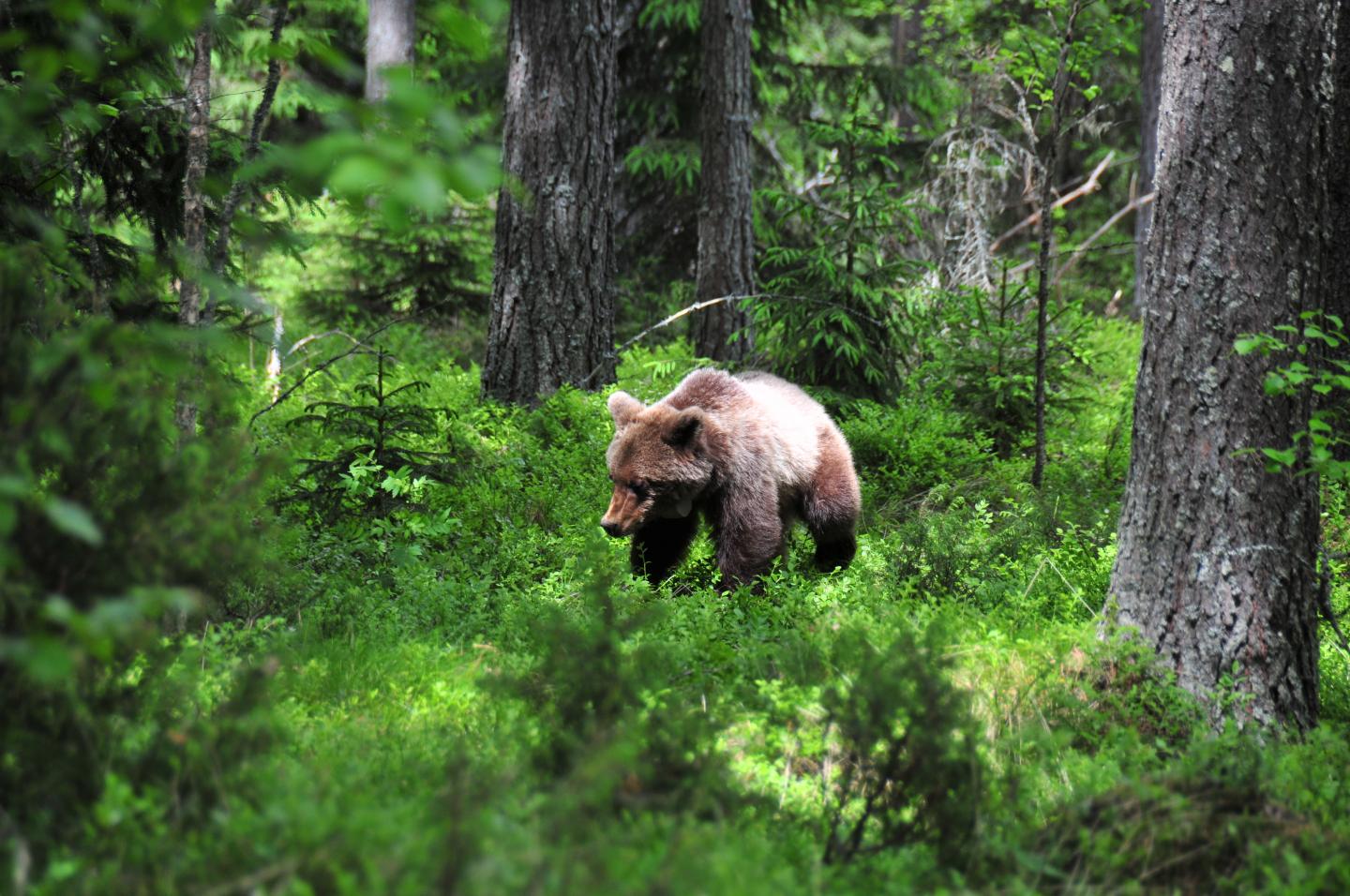 The brown bear (Ursus arctos) if native to Northern and Western Canada, and can be found in the Yukon, the Northwest Territories, British Columbia, and parts of Alberta. (Image credit: Ole Fröbert).

Bears eat intensively to put on weight for winter hibernation but don’t seem to suffer the negative health effects of obesity, thanks to the microbiota in their digestive tract.

By analyzing fecal samples researchers found the microbiota in a bear’s digestive tract changes when the bear is preparing for hibernation. The researchers believe some of the changes in microbiota arise from eating an increased amount of insects during the summer, as some of the microbiota share a symbiotic relationship with those insects.

During the summer months the gut microbiota changes to become more efficient at harvesting energy from food, allowing the body to store more fat without impacting glucose metabolism, a negative health effect associated with obesity in humans.

Women and the empathic yawn

It’s called yawn contagion, the need to yawn when you see someone else yawning. Increasingly it’s recognized as an empathy based response. Now, new research not only supports that notion but h...